‘Soccer in Sun and Shadow’ All Around Havana

“Well informed sources in Miami were announcing the imminent fall of Fidel Castro, it was only a matter of hours.”

That line appears five times throughout Eduardo Galeano’s Soccer in Sun and Shadow, a prosaic 20th Century timeline as viewed through the lens of soccer.

The repetition is meant to represent the endurance of Fidel Castro’s socialist regime in Cuba. It’s also a sly way for Galeano—who had a nuanced view of Cuba’s comandante—to convey the demonization of Castro and the underestimation of Cuban socialism by a hostile US government and compliant media.

But I was surprised by how often I thought about the book during a recent visit to Cuba, a country usually associated with béisbol. 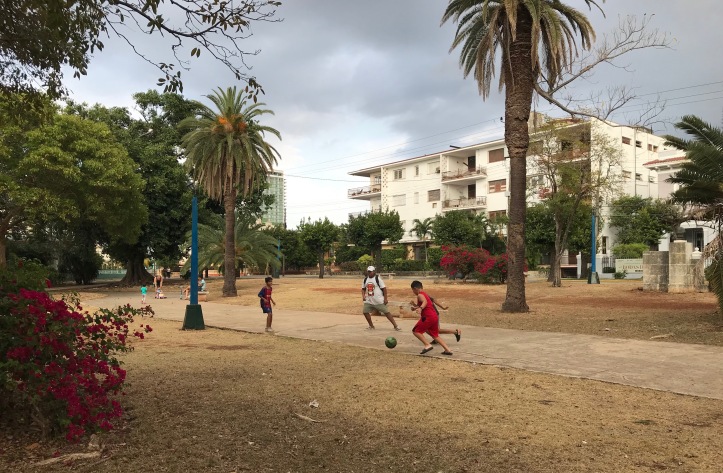 I thought about Galeano when I walked by little kids in knock-off Ronaldo jerseys dribbling through the shade of a gazebo in a small Havana park. I thought about it when I watched teenagers in various versions of neon Barcelona away shirts juggle on the concrete median of the Avenida de los Presidentes. And I thought about it when I noticed men in tiny shorts playing 9 v 9 on a baseball outfield across from a military base as chickens pecked at the dirt along the foul lines. 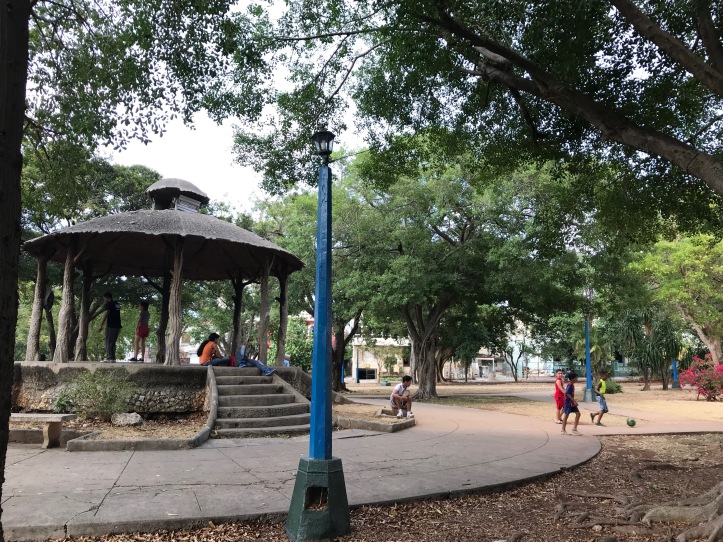 After spending five days in Havana, those Castro references in a book about soccer took on a new meaning for me. In addition to the political element, they seem to imply the persistent passion for soccer evident throughout the island.

Baseball may still be Cuba’s national sport, but in my interactions and observations, it didn’t seem that way. And if wardrobe reflects sports enthusiasm — instead of simple style trends — then maybe soccer is taking over.

During my trip, I noticed a handful of logos for Havana’s Industriales baseball team and counted eight examples of Major League Baseball apparel — three Yankees shirts, three pieces of Astros apparel, one Mets cap and one Blue Jays tee.

Though Madrid may have defeated Barça in the first round of the sartorial el Clasico, the Catalans stormed back for a draw over the next few days.

Early on in our three-hour drive to the rural province of Pinar del Rio, our taxista Tony declared his support for the cules. Though the Lionel Messi air freshener dangling from his rear view mirror had made that clear already. The Barcelona crest on the front featured a crescent moon in place of the familiar St. George cross, which means it probably came from a majority-Muslim country. 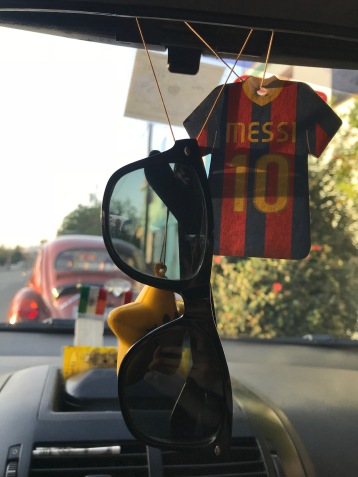 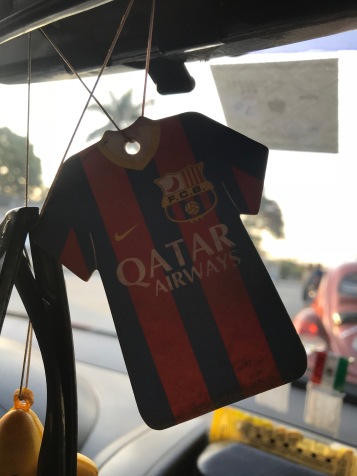 With a crescent instead of a cross in the crest

Raúl, a tour guide who directed us through the tobacco farms and into the mountains around Viñales, also expressed his passion for Barça as we began our hike.

“Where did you learn to speak Spanish?” Raúl asked me.

“We cannot be friends then,” he responded. Because, of course, he supports Barça.

I assured him that since I support Atlético Madrid we could, in fact, get along. An enemy of my enemy is my friend, after all.

He laughed and a few minutes later, a farmer on horseback stopped to high-five Raúl. The farmer wore a blaugrana Neymar jersey .

On the international front, I spotted several Spain and Brazil jerseys, two white Germany shirts, one maroon Portugal and one yellow Colombia zooming by on a motorcycle with an empty sidecar. There was even a giant World Cup soccer ball sculpture planted in the middle of a concrete park near the Malecón. 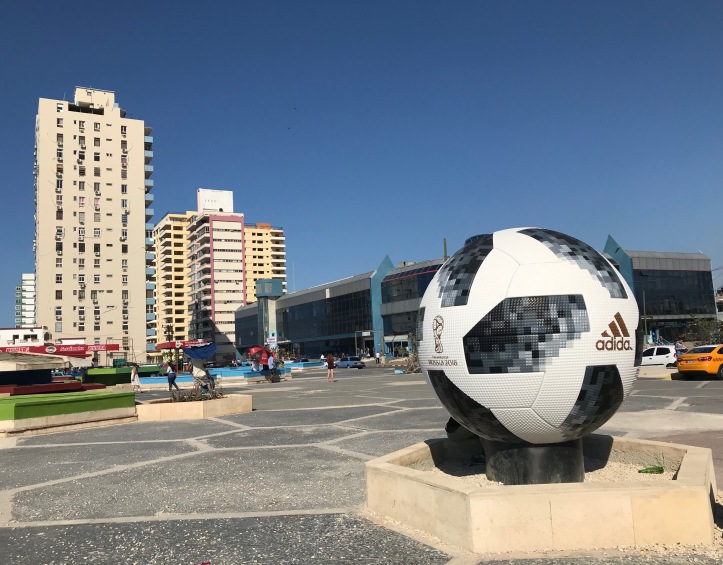 But the Cristiano Ronaldo jersey seems to have replaced the guayabera as the smartest shirt in Havana. They were so common, in fact, that my friend Meg — who has zero interest in soccer — began pointing out polyester CR7 shirts in wooded parks, in crowded bars and along the quiet calles.

And so, for all its beauty and uniqueness, the image I’ll remember most fondly from my time in Cuba may just be the little boy in a full Madrid kit — complete with socks and shin guards — sitting on the sidewalk next to an orange ball, waiting for his dad to come play with him. 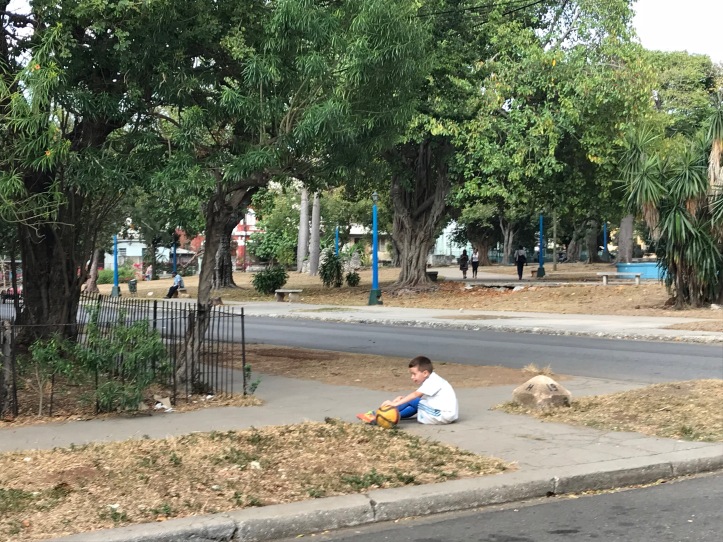